Hello, K@t here giving you the latest show updates for the Seven Cities...

Hey! Are you going to this show? Cause I am….
It’s all AGES! It’s free for all you cheapskates!
BE THERE! 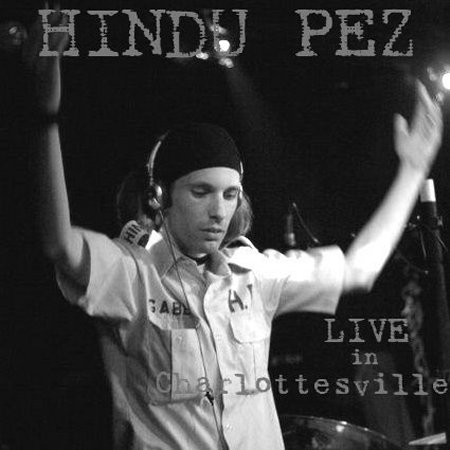 Also HINDU PEZ (the other half of the MC7C project) will be releasing his cd
“Live from Charlottesville” at the Hart’z gig on September 22nd 2k.
I got a sneak preview of this record and it’s HOT! It’s filled with eardrum pounding blastbeats and noise, which is best described as sexy, yet disturbing. Loving it!
(I’m not just saying that because I work with the guy either- he doesn’t pay me a dime-*hint hint*)
Pick up your copy of this impressive, superhuman release at Hart’z this Friday or by checking out his myspace page:

Continuing on with release news:

DevilJoy will be releasing their new cd:” The Fine Art of Failure” on October 13th 2k (which is Friday the 13th..play spooky music here)
I’m such a brat that I got to hear a sneak preview of this cd too…(I’ve known Toad for what? 9 years!) It’s a combination of industrial, hardcore, and screamcore….complete with violent drumbeats, turbulent guitar riffs, pensive bass lines, and destructive vocals…
My kind of album!

And For The ExperimEntAl/IndustTrial/ HarDcoRe FrieNdS:

the one below is an ALL AGES SHOW!
no excuses!

On The Lighter Side:

K@t here! Letting you know the upcoming shows in the Seven Cities.

Please click on the banner above to check our myspace page with all upcoming show dates:

I also have two test pressings which will be going up soon.
( Read more...Collapse )

Hey everyone i just joined and i just wanted to say hey, so hey. anyways now thats done i guess i dont have much to say right know so i'll write more later, see ya
( eh... here i amCollapse )

hi.
my name is dustin, i'm from atlanta, ga, and i have a solo project called dustin and the furniture. it's an acoustic indie-folk kind of thing, sometimes compared to the microphones, xiu xiu, bright eyes, iron & wine, devendra banhart, neutral milk hotel, etc. i'm booking an east coast tour this summer in late june with my friend alex iceberg, and we'd like to play a show in virginia, preferably richmond i guess, but i'm open to any suggestions. if any local bands see this, WE WOULD LOVE TO OPEN FOR YOU. we'd ideally like to play there on june 20th. we will play ANYWHERE (small venues, coffee shops, houses, porches, etc.)
so if you're a band and want to play with us, OR if you'd like to help actually book the show, please please please either comment here or email me at andthefurniture@gmail.com. a link to my temporary website:

longwood university (in farmville) is having their spring weekend--three days of free shows--april 15-17. andrew wk is the only act i know of that's playing so far, and he's on friday the 15th.

and for any of yall that don't know, pheer.com lists a lot of indie/underground type shows for the va/dc/md area, so you should check it out if you are show-less.
Collapse